A day to celebrate rebirth and the start of new life - in more ways than one.

She sat on the edge of her bed, her head in her hands, crying as if she'd lost the best thing she'd ever had, and in so many ways, she had.

Aliens make contact in northern Vermont and, well, have a little fun at our expense.

Tom and Malcome's first encounter with the infamous leprechaun.  Find out how Malcome becomes Meghan in this prequel to The Lucky Man.

An accident in the snow leads to Colin discovering another way to experience the world, and Shelagh confronts her worst fears.

David and his sister go to a fancy dress party, he as "Bluebeard the Pirate", she as a "Fairy Princess" - or at least that was the plan!

A Tale for St. Patrick's Day:  Tom is the luckiest man with everything at his fingertips.  The best job.  The loveliest wife.  Everything!  That is...until he meets the Leprechaun and accepts his challenge.  Before he knows it Tom is following every command of the Leprechaun until... 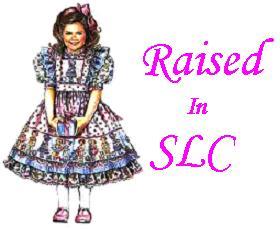 What happened, and what will happen to Mary Beth?

What’s to become of poor Matilda?


Categories: Fiction
Characters: None
Age Group: Pre-Teen Under 13
Categories: Sweet and Sentimental
Genre: Drama
Keywords: None
Story Universe: S.P.A. Schools
Completed: No
[Report This] Added: 26 Feb 2009
The Contest if you like it or not by Angel OHare Rated: Teen Audiences (Age 13+) (T)

[Reviews - 12]
Summary: Kimmie has to stay with his auntie and his to female cousins for the summer while his mother is in Europe for some type of seminar. His Auntie and two cousins are into contests big time, will he have to take part as well? Read and find out in this cute and sentimental story with a few twists!
Categories: Fiction
Characters: None
Age Group: Pre-Teen Under 13
Categories: Crossdressing/TV, Deals, Bets or Dares, Sweet and Sentimental
Genre: Adventure, Drama
Keywords: Diapers or Little Girls, Hair or Hair Salon, Long Finger Nails, Petticoats and Crinolines
Story Universe: None
Completed: No
[Report This] Added: 08 Feb 2009
A Reluctant Spirit: Spirit of the East by Ingrid Halb Rated: Mature Audiences (Age 16+) (M)

Very rough draft!!!  If you would like to edit it please by all means do so.  Drop an edited copy to theresa.sanchez (a) gmail.com and I will be happy to repost it here.

Very rough draft!!!  If you would like to edit it please by all means do so.  Drop an edited copy to theresa.sanchez (a) gmail.com and I will be happy to repost it here.

A new technology unleashed to an unsuspecting world...what trouble could it cause but make power cheaper for all.  Warning this story is not complete!

[Reviews - 3]
Summary: This story happened by accident. It started when Ellie
Dauber misspelled 'BatGirl' as 'BathGirl' in a note
she wrote on the TG Fiction list. Steve Zink called
her on it, but said, "What a concept!". For some weird
reason, the idea of a superhero named BathGirl
inspired me, I wrote a reply, describing what BathGirl
would look like. Steve, made the mistake of
encouraging me.
I wrote a short piece about BathGirl capturing a cat
burglar, it is included in this story. There was no TG
aspect to it and I got some good natured complaints
from the list. I wrote a short paragraph that made it
a TG story, it is included also.
Ellie also posted a note pointing out the absence of
TG content and said that I had forgotten:

"BathGirl's teen side kick, when he says the magic
word, "SHAZAMPOO", young Dick Batson is transformed
into the spandex clad beauty Rubber Ducky."

Then Steve said that he would like to see an origin
story, I was on a roll, so I wrote it.

Here are all the parts put together into one not so
long story.

Kyle never knew his family or where he came from.  After growing up on the streets and finally finding something meaningful to do with his life, he still feels as out of place as he always has.  The recurring dreams of another place and a mysterious woman still haunt him.  He wants answers, and grows more restless as time goes on.  But the truth will soon be revealed and he will be transformed in ways he never thought possible.  Can he accept the truth he has been chasing for so long?  Can he accept the responsibilities that will be thrust on him along with that truth?